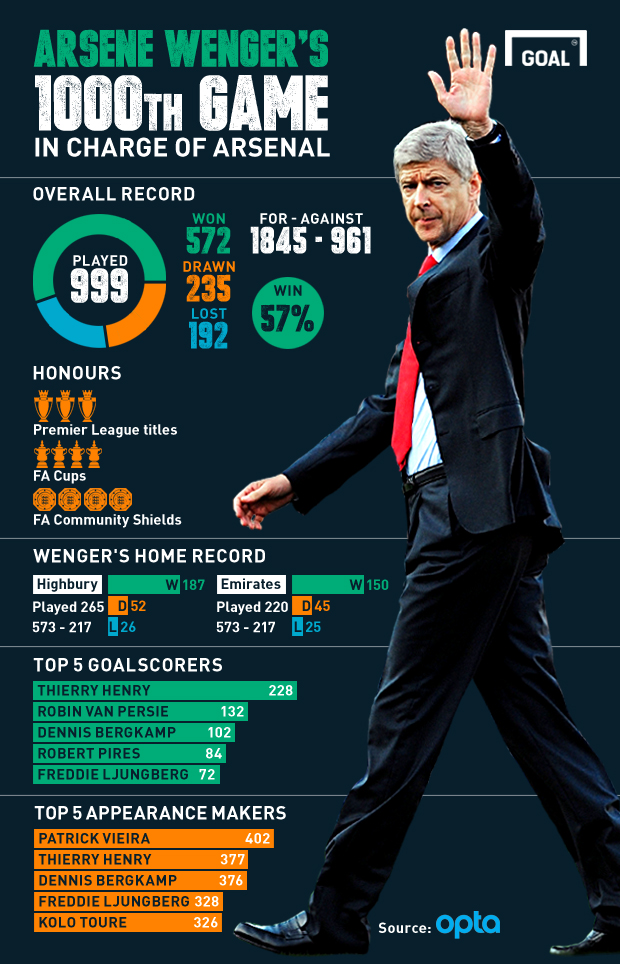 Arsenal FC’s long standing coach hits a milestone in his against london rivals Chelsea FC this Saturday
It’s going to be the Frenchman’s 1000th game in charge of the Gunners.

Although Arsenal are going through a barren spell of recent with their last trophy being a F.A cup win back in 2005, true fans of the club will remember the trophies he has won for the North London club.
Having joined Arsenal in 1996 he won